Edward Taylor’s 1917 diary is an account of everyday life in Swindon seen through teenage eyes. For a 21st-century reader, it’s remarkable for what it doesn’t mention (see The War that Wasn’t There). In these centenary years, it’s a timely reminder that what we think mattered in the past was not necessarily understood or experienced in those terms at the time. Once we accept that, we can focus instead on what Edward chose to record with some intriguing and rewarding results. 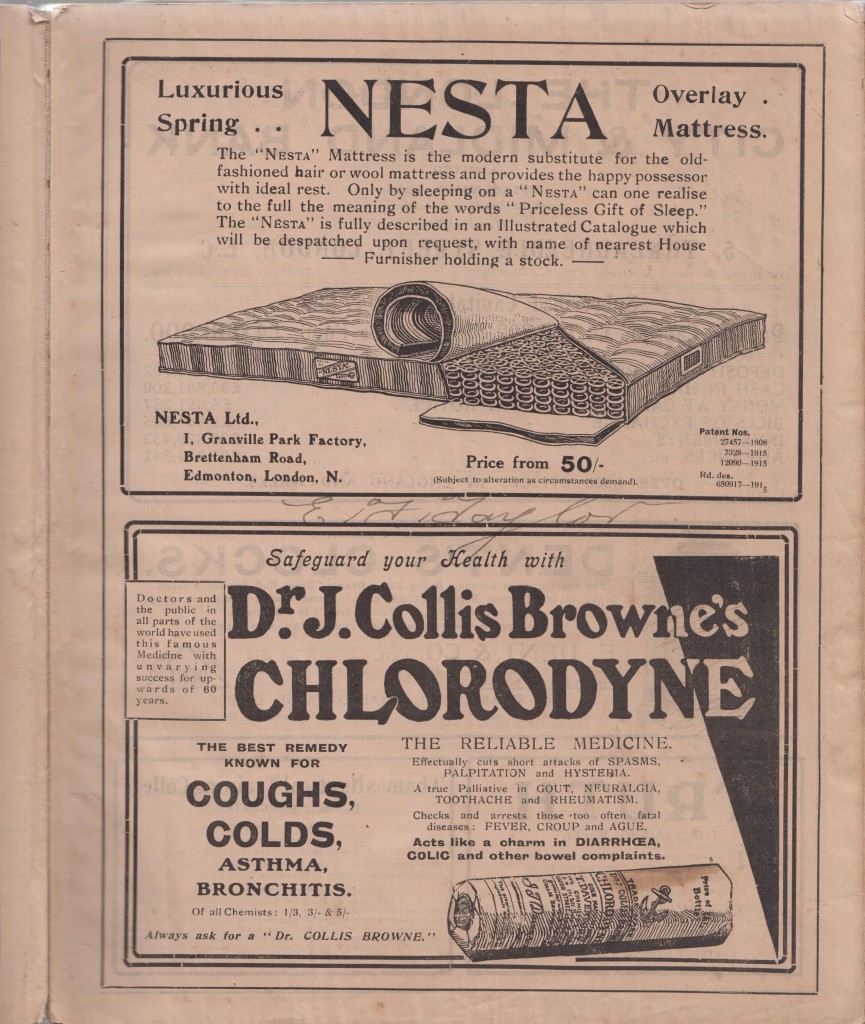 From the very beginning of the year, Edward recorded his days in a standard pattern: the time he got up, the weather, what he did, what he ate and when he went to bed. He started the diary as he meant to go on ….

Worked from 7am till 6pm at Henry Street Co-op. Went to Mrs Baugh’s in the evening and took her some of Frank’s wedding cake. I managed to do without trams today. Great Scott!!

The temptation of course is to see everything through the lens of war, including the endless servings of bread and butter. Edward registered wartime shortages in only a couple of diary entries: in February a quartern (4 pound) loaf rose to 10d. Probably because he was then working at the Cooperative, he was also aware of new restrictions on selling bread less than 12 hours old, commenting on 12 March that only ‘stale’ bread was available now. What interested him more were foodstuffs that the household grew or gathered. The Taylor allotment produced potatoes, peas, broad beans, carrots, cabbage, Brussel sprouts, marrows and lettuce; Edward picked cherries in July; in September he brought home a gallon of pears from his grandmother while his mother picked 150 apples.

Digging, hoeing and harvesting were nothing new. By the early 20th century, allotments were well-established aspects of working-class life, offering their cultivators a sense of control and self-respect that was often absent from the workplace. They were places where people socialised too – Edward helped out his uncle and his friend Norman G as well as digging alongside his father. Given the family’s politics and Charlie Taylor’s resistance to conscription, we might imagine some of the conversations across the rows. Bacon, pork and a series of entries about fetching and carrying slops, hint at pig-keeping. War may have brought a new sense of urgency, and new allotment schemes, but these were old and familiar activities.

In September Edward picked blackberries on at least two occasions, sloes, nuts and mushrooms. But again it’s a mistake to see this simply as a response to wartime shortages. Foraging had long played a part in supplementing diets, reminding us that wartime experiences were about continuities as well as breaks with the past. So when head teachers across the country carefully recorded the weight of blackberries their pupils had collected, when the government launched its National Blackberry Collection of 1918, they tapped into pre-existing habits. Chronology can pay tricks on those who travel back in time: look into the school logbooks of the later 19th century and there are the harvest holidays and acorn gathering that from 1914 seem so significant to us as patriotic mobilizations in a total war. 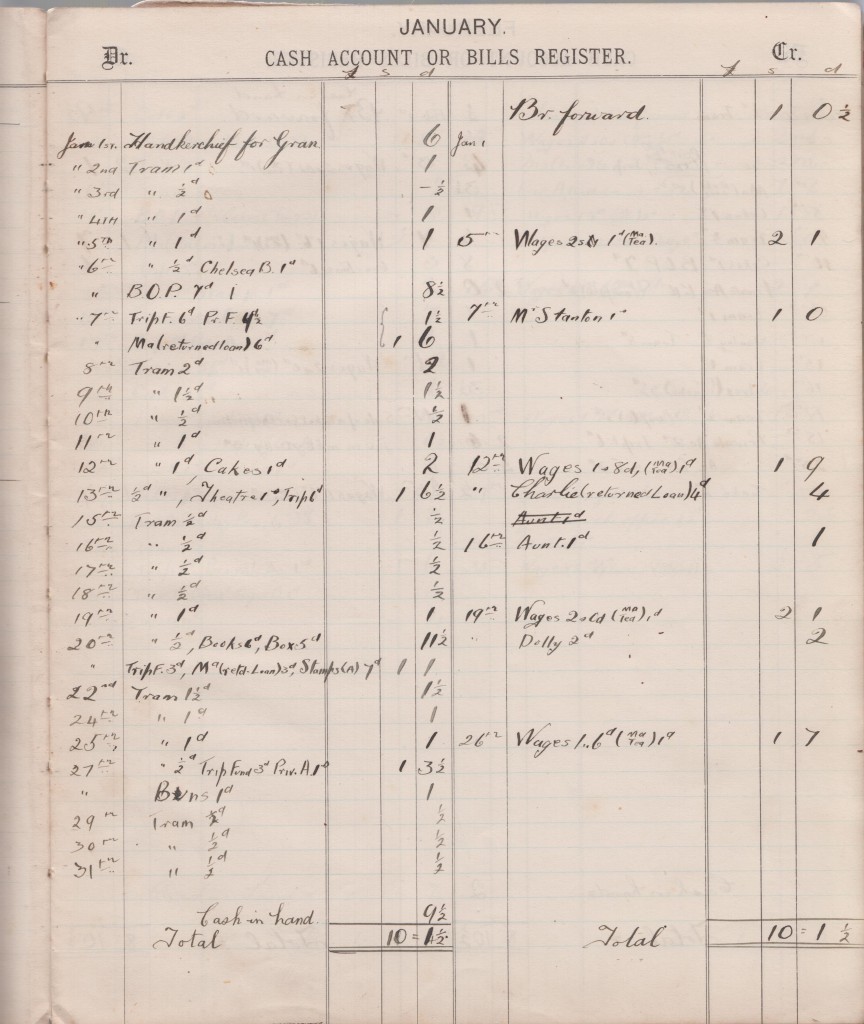 So what Edward Taylor’s diary reveals are the inner lives and social landscapes that war affected in 1917. Swindon was an industrial town; the Taylor household depended on employment in the railway works. But life was still deeply connected to the natural world. The weather mattered, as Edward’s daily notes confirmed, the countryside was a cycle-ride away. The rhythm of the year was cyclical, with seasonal patterns underlining the importance of longer-term continuities. The first sighting of plant or bird marked out Edward’s calendar: hazel catkin and a hawk in February; snowdrops in March; celandine and primroses in April; butterfly, cuckoo, crab apple blossom and bluebells in May, and so on. The same eye that observed a ‘wonderful’ moth on 22 July, drew rivets and bearings at evening class in the autumn.

Total war co-opts people, things and systems; war’s violence cuts and disrupts. Understandably, perhaps, these effects come to dominate historical perspectives, either silencing the stories that don’t fit or exploiting them to point up the tragedies of war: those who stumble unwittingly into the horrors of the future, the fragility of the moth or the catkin in the bloody maw of conflict. Seen through Edward’s jottings, the Taylor household can tell a different story, one which puts war into its place.

Katherine Cole from Local Studies & Family History in Swindon Central Library kindly sent the following response to the previous article on Edward Taylor’s diary, including a link to photos of St Margaret’s Road where the Taylors lived:

‘All the events and places listed in the diary are very well known to us, Old Town, Wanborough, Stratton, the GWR Works and St Margaret’s Road.

Edward’s daily life would have been very typical of a working class Swindon lad at the time.

He mentions Alfred George Richman who died of wounds in Mesopotamia and is commemorated on the Great War memorial in Swindon Town Hall
https://www.flickr.com/photos/swindonlocal/3872083845/in/photolist-u4yA22-6UarCi-8zMKzo-p2TsGh-ovgnZi-jLTVV9-ajNGNo-9dPizG-97v6ef-8DBto2-atraQN-atraQG-akGC4E-amykDx-amzzLs-7AMdcT

We (Local Studies and Family History, Swindon Central Library) are working closely with, and part of, the voluntary group Swindon in the Great War. This group (with HLF support) has been organising a series of commemorative events throughout the town for the past 12 months, including an exhibition at the Swindon Museum and Art Gallery, school visits and local history talks. This culminated yesterday in an event in the town’s Radnor Street Cemetery which commemorated a local man who never received a Commonwealth War Grave, but has just this year been recognised with as headstone. Amazingly, this soldier’s god daughter who was present at his wedding in 1918, was also present at his commemoration yesterday, aged 96!

At an Everyday Lives in War Centre workshop on school logbooks at Hertfordshire Archives and Local Studies in January 2015, participants shared research (and compared blackberry poundage: at Wheathampstead Herts, children collected 60 pounds on 27 September 1918). Among the topics we discussed was that of language and sensitivity to context: ‘drilling’ for example pre-dated 1914 in the school timetable, suggesting a military ethos permeating Imperial Britain in the decades preceding war.

Ideas for future research and collaboration included: comparing entries made on the same day at different schools; tracking events, such as medical inspections, across logbooks. Did experience vary much?

Note on use of the records (with thanks to Chris Bennett, county archivist for Hertfordshire): many Record Offices apply a blanket 100-year rule on their holdings, but in practice disclosure of information from FWW logbooks is a low risk. If worried about using such material, consult the RO; sensitive information can be anonymised. Before reproducing a complete transcription check with the current owner of the source. Always remember to include a REFERENCE to material, whether a direct quotation or not, so that others can follow in your footsteps.

The next episode from the life of Edward Taylor, Round Town with Norman G …, will appear soon!

The War That Wasn’t There…

Letters in a Skip