Dr Julia Neville is an Honorary Fellow in the History Department at Exeter University, and serves on the Council of the Devon History Society. 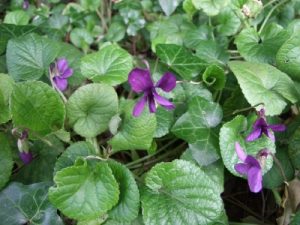 1916 – Dawlish Violets under Threat from the Potato

The Strand Centre in Dawlish have published a leaflet, History of Dawlish Violets, which describes how, in the corner of the South Devon coast around Cofton, Dawlish and Holcombe, the cultivation of the Devon violet became a commercial activity at the beginning of the twentieth century. Edwardian ladies wore sprays and corsages of violets, sent by express train to the London markets at Covent Garden. Boots the Chemist began to sell the ‘Devonshire Violets’ perfume, made by Young’s of Torquay in 1910. Violets were a great favourite of Queen Mary, and Devonshire violets were regularly sent her on her birthday.

The History of Dawlish Violets makes only a brief reference to the First World War, describing how the retail price rose as high as nine [old] pence per bunch. Research into the workings of the War Agricultural Committee in Devon, however, show that there were those who considered this too frivolous a trade to be conducted in war-time, and who wanted to see the violet beds dug up and replaced by potatoes.

At the South Devon War Agricultural Committee in early 1918 Mr J. Nicholls, a councillor from Dawlish’s neighbouring town of Teignmouth who had been a member of a committee investigating land use in the area, drew attention to the extensive cultivation of violets being grown by smallholders, almost three acres in open ground and four to five acres under the trees. He said that while the landlords, including the Earl of Devon, supported the view that the tenants should sacrifice their violets for potatoes, there was no clause in the leases to allow enforcement of a change of crop. The tenants had ignored their request and had even planted an extra acre with violets. 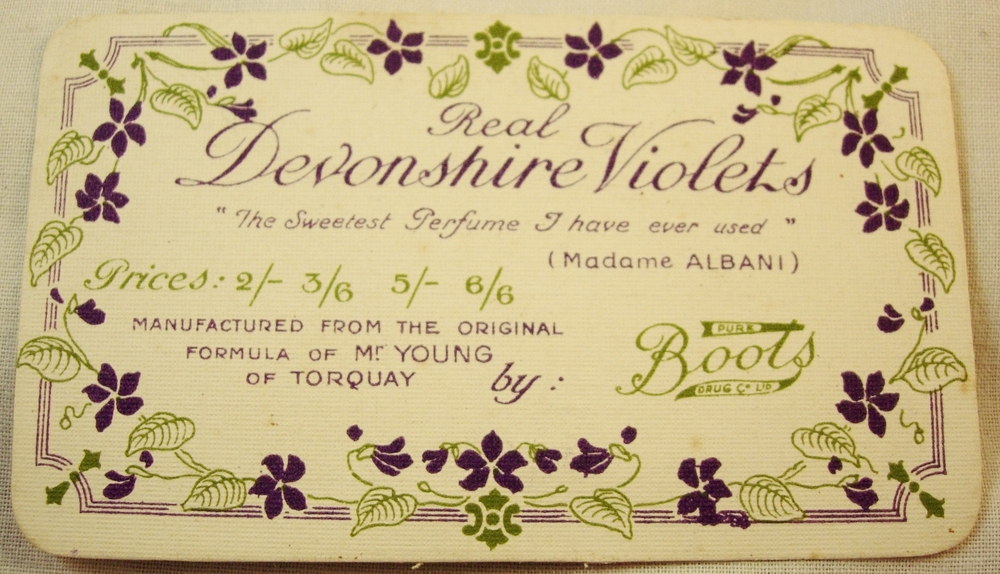 A compulsory order for the immediate cultivation of potatoes on half the open ground was immediately issued and notice served that after 1918 violets must not be grown at all under the trees where vegetables could be grown. Fortunately for the violet growers the end of the war meant no more ground needed to be sacrificed and the Dawlish violet trade went from strength to strength in the years between the wars.