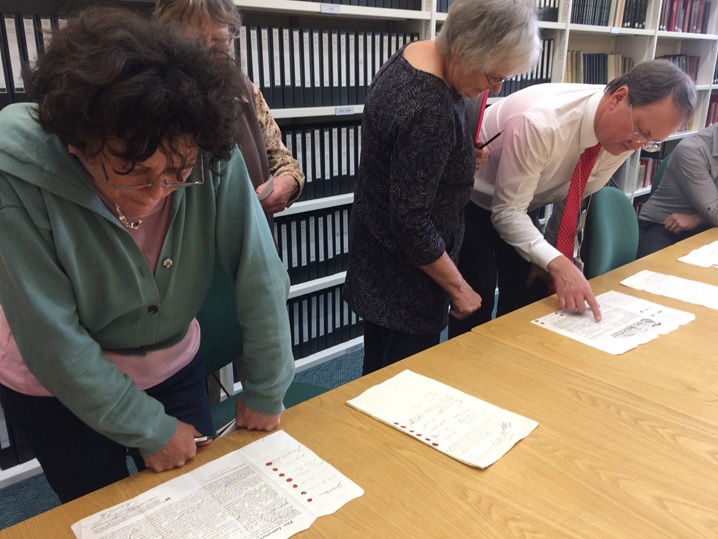 On 24th April, nine basketmakers from across Devon and Cornwall met at the Devon Heritage Centre in Exeter for an introduction to the research facilities available to individuals at the Centre. The day was set up to help provide basketmakers with the knowledge and skills to root their practice within the history of basketmaking in the local area, and to provide an extra dimension to how they think about what they do and how they describe the significance of what they do to others.

Brian Carpenter, Community Learning Officer at the Devon Archives and Local Studies Service, was on hand to show us around. After a general overview of the history of the Centre and the nature of the archives held there, Brian described the online catalogue, which, whilst not yet covering the full breadth of the materials held in store, was a good first port of call for any researcher, as it is universally available via the website.

Brian then talked about other records referenced on index cards and available to view on microfilm and microfiche; these included the newspaper archive and the personal names and subject indices (the latter referencing records such as property deeds, indentures and poor relief records). Whilst most of the records at the Centre were about basketmakers rather than the baskets they produced, he suggested that newspaper adverts might be the best way of seeing what types of baskets were being made for sale at various periods in the past. 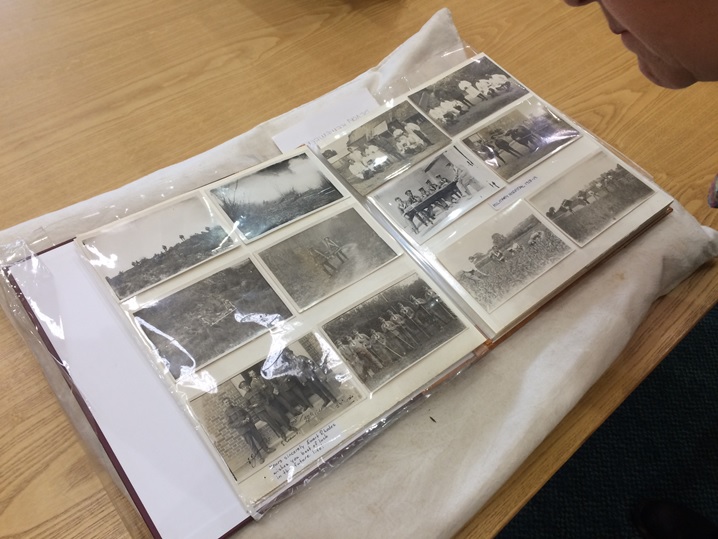 The indentures and apprenticeship records were mostly from the nineteenth century, but an early example from 1631 recorded how Nicholas Commer was apprenticed to basketmaker John Elles in the Holy Trinity parish of Exeter. Other records detailed apprentices as young as nine, setting out the extensive and laborious work they had to fulfil as part of their apprenticeship. 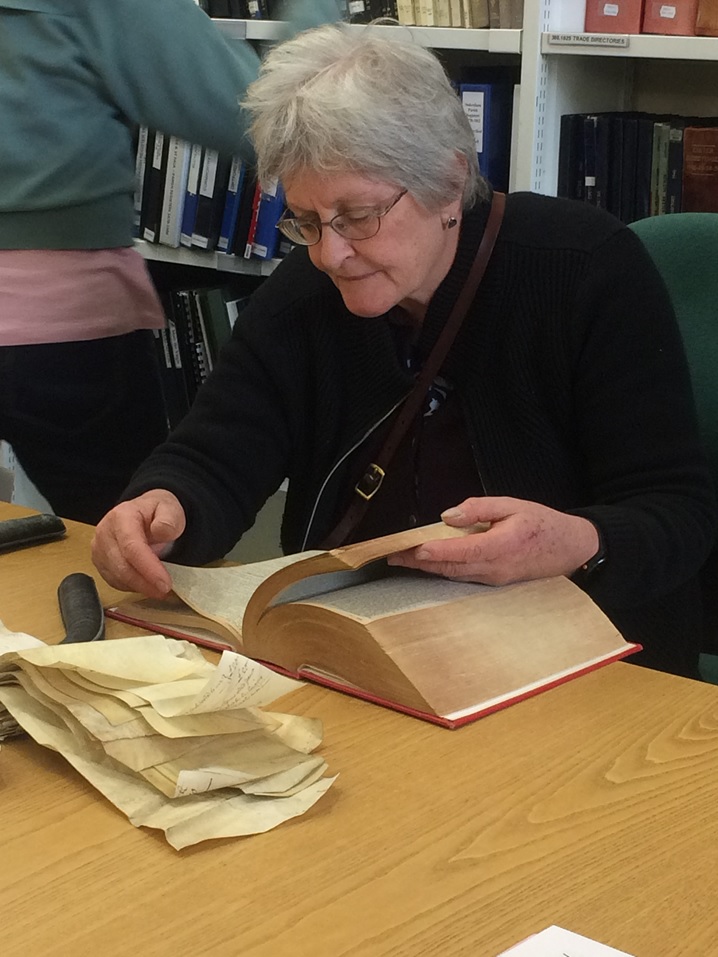 Beyond the indentures, most of the records related to disputes, thefts, assaults, bankruptcy and poor relief – enough to make anyone think that basketmakers of the past were a disreputable lot… However, it was pointed out that these records alone were likely to provide something of a skewed impression, as official channels were often only resorted to when things went wrong; the majority of reputable and successful basketmakers would have little reason to be recorded by the authorities in this way. Census records and birth, marriage and death records would be the best means of accessing these otherwise unrecorded individuals… and there are many family history tools available online to help access these. 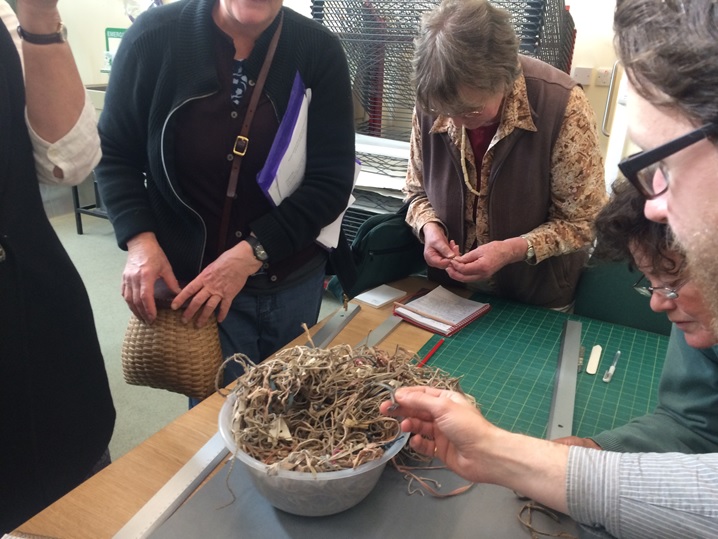 The basketmakers were just as interested in the string that had been used to tie the documents as they were in the documents themselves!

Lastly, the group were introduced to Senior Archive Conservator Deborah Phillips who showed us a tithe map she was working to conserve. We were all particularly interested in a bowl of string used to bind paper and parchment records that had been removed during the conservation process and put aside for safekeeping. It was agreed that the string itself provided a fascinating material record of the past, in relation to braiding techniques and methods of manufacture, which would greatly benefit from having a PhD student come to sort and catalogue. It was slightly irreverent but somewhat apt that in such a repository of archival treasures it was this humble bowl of string that so fired the imaginations of the gathered basketmakers!