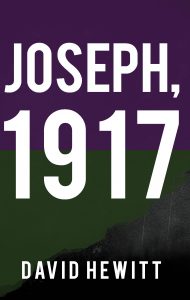 This summer, councillors from Thornton in Lancashire will go on strike.

They are members of Wyre Council and, immediately before a full meeting of their colleagues, they will rise from their seats and walk out of the council chamber.

In doing so, the councillors will commemorate predecessors of theirs who, in June 1917, embarked upon a strike that would last until the nights had begun to draw in.

The Thornton councillors of a century ago had the job of deciding whether local men should go to war, and they were angry about what had happened in a particular case.

That case concerned a man named Joseph Blackburn, about whom I have written before.

The councillors were Thomas Dewhurst, who was in the chair, Thomas Waring, the Williams Betney and Titherington and Thomas Strickland. Two of them were also Overseers of the Poor, one was a Poor Law Guardian and four of them sat either on the town’s education committee or on its sewerage committee.  Almost all of them had interests in agriculture.

When Joseph came before them, Councillor Dewhurst and his colleagues accepted that he was a market gardener and that his work was essential to the war effort, and they made him exempt from military service.

Within weeks, however, Joseph’s exemption had been taken away. That was at the direction of the Central Tribunal, which sat in Westminster and was the final authority in cases of this kind. The tribunal said that Joseph wasn’t a market gardener at all, but merely a ‘hawker’ of fruit and vegetables, and before long, he was on his way to the Western Front.

The Thornton councillors were outraged by this decision, not least because the Central Tribunal had not heard evidence from Joseph himself. He said he couldn’t afford to make the journey to Westminster.

The councillors vowed to entertain no more military service appeals until Joseph was sent home, and the walk-out in June will commemorate him as well as them. It will feature words actually spoken by them as they downed tools. Councillor Titherington, for example, was heard to say, “I don’t feel like sitting here any longer.”

Sadly, Joseph never made it back to Thornton. He was killed in action in August 1918. His name appears on the war memorial there, alongside those of the other eighty-odd men of the town who perished in the war.

Joseph Blackburn left a widow, Jessie, and two young children, Elizabeth and Joseph junior, all of whom appear to have survived not only the First World War, but also its successor. Now, Wyre Council has put out a call for his descendants, because it would like to invite them to witness Thornton’s modern-day councillors stage their own symbolic strike. 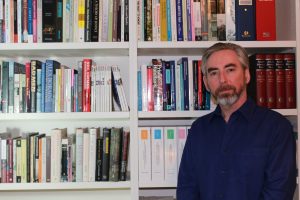 Further information about the commemoration and the council’s call can be found at www.wyre.gov.uk/JosephBlackburn

David Hewitt is a lawyer and a writer.  His book about this case – Joseph, 1917 – is published by Matador and costs £8.99. www.troubador.co.uk/matador