Dr Jacqueline Sarsby is a social anthropologist, oral historian and photographer. She was a full-time lecturer at the University of Kent before going free-lance. Among other books, she is the author of ‘Sweetstone, Life on a Devon Farm’, published by Green Books.

Methodism was extremely important to many farmers at the time of the First World War. In his diary for 1916, the Dartmoor farmer, William Dunning, mentions ‘Bennet’ (sic) at a Missionary Meeting at Whiddon Down. Then on July 24th 1918 at a Methodist Convention at Whiddon Down, he hears Rev. Bennett (sic) deliver a lecture on Peter Mackenzie, the evangelist. 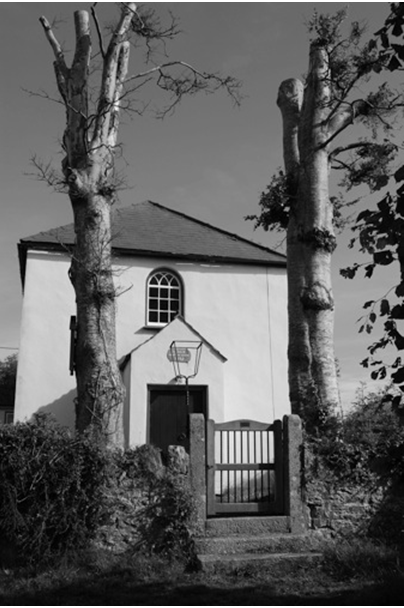 Mackenzie had been an immensely popular preacher, a man of the people. He knew his Bradshaw by heart and travelled by train all over the country, preaching and giving lectures to constant acclaim. Bennett may well have rehearsed some of Mackenzie’s well-loved phrases such as his description of the whale (or ‘fish’), swallowing Jonah, who had been thrown into the sea, and saying to him hospitably, ‘Come in out of the wet’, or the sweetly scented robe the Prodigal Son was given to wear, ‘You could smell it four pews off.’ I savour particularly his remarks on pork: ‘…The Lord knew that bacon was not good for the Jews to eat in that hot country; but, bless you, it is good for us in England. A rasher for breakfast, a rasher for dinner, a rasher for supper – you may go on eating bacon, bacon, until you grunt again…’ All this, of course, may have been trivial to his message, but the farmers and farmers’ wives at the Convention, who kept pigs and salted them in, would have appreciated his homely moments.

But who was the man referred to as, ‘Bennett Minister’ and ‘Rev. B.’ in the diary? In October 1916, Mr. Russell Bennett, (whose name may, after all, be a coincidence), came to the Okehampton rural tribunal to appeal against military service as a conscientious objector. Rev. Putt, the Dunnings’ friend and Methodist Minister from Whiddon Down, provided a letter supporting his appeal, vouching for the ‘honesty and genuineness of his convictions’. Mr. Bennett said that he had two brothers serving, one of whom had been killed, and he went on to make it clear that his views were not because of any tenets or denomination to which he might belong, but because he held that military service was absolutely against Christ’s wishes and teaching, and if he took any part whatever with the military he would be helping to slaughter his fellow-men.

The member of the tribunal supporting the military interest asked set questions, for instance: ‘You would rather somebody else did your fighting for you?’ He was asked whether, supposing he were a United Methodist minister, he would join the forces as such. Bennett said he could minister to the needs of the soul, but he could not nurse back the sick and wounded to strength anew to shoot the Germans. But when, ‘Applicant said he was willing to work on a farm for a soldier’s pay’, he was given a month’s exemption in which to find work on a farm.¹ There was news of him later in the year. On 30th December, the tribunal heard that he had adapted to farm work very well. The (named) farmer confirmed, “He can work!” Bennett was paid seven shillings a week and his food. Bennett did not ask for exemption as a Methodist Minister, but did they know he was one? The evidence linking Russell Bennett’s identity with the visiting Minister at Whiddon Down, who gave the lecture on Peter Mackenzie, is not conclusive, but in 1921, R. Bennett was included, along with William Dunning’s name, among the United Methodist lay preachers in the Chagford Circuit.