Discussions at the February meeting of the Devon First World War Food and Farming Group started off with a look at the part women played in farming during the war. One of the key figures in the promotion of women working on the land in Devon was Miss Sylvia Calmady-Hamlyn, part of a long-established Devon family that owned an estate on the edge of Dartmoor. Twenty years after the end of the war Sylvia Calmady-Hamlyn, by that time best known in the county for her work for the Dartmoor Pony Society, related her memories of her time with the Board of Agriculture to a reporter from the Western Morning News who wrote the following account of her interview:¹

‘Miss Calmady-Hamlyn was the first and only travelling inspector appointed by the Board of Agriculture. [She covered the area between London and Land’s End ] She travelled six days a week, by any available trains. Her Land Army overall, thick topcoat, heavy boots and one shilling hat, with its mystifying badge, caused a certain amount of consternation in first class coaches when important officials were scheduled to travel. 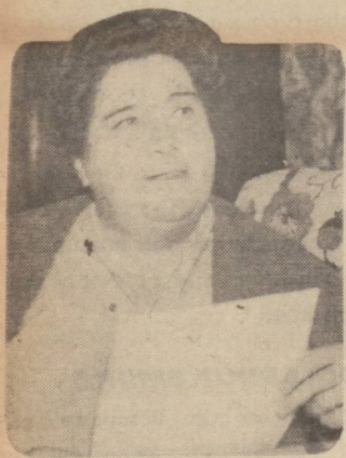 ‘ “Usually I left home with a good supply of hard-boiled eggs”, she confessed, “as food was hard to come by then and many a night I’ve arrived at my destination too late to obtain rations. Once, after being without food all day, I was offered a bottle of soda water, by way of refreshment. On Mondays the hard-boiled eggs were appreciated. By Wednesday their flavour began to pall. When Thursday arrived I felt I never wanted to see an egg again as long as I lived”, chuckled Miss Calmady-Hamlyn. “It was a treat then to buy a pasty filled with rice at Truro Station”.

‘Never in her life has this amusing woman possessed such a wonderful hat as that she bought for a shilling that served her throughout the war. So, at least, she loves to aver. Her most prized possessions now are the badge from that hat and the six stripes that remain as evidence of every six months she gave to organizing the Land Army. Her chief regret is that the hat itself is no more.’

The awe in which Miss Calmady-Hamlyn was held by the land girls was also related in the Western Morning News ². Mrs Bootes, as she was by 1938, remembered the arrival of the inspector at the Cornish training establishment during the war. ‘I had been at Tregavethan for precisely a week’, she said. ‘One day before going off to the fields we were warned of Miss Hamlyn’s impending visit. Returning I jumped from the cart in which I was riding and ran to join the ranks. “Oh, no”, said Miss Hamlyn, “Go back and put your horse away”.

I had never attempted such a thing before. Patiently Miss Hamlyn watched me undo every buckle in the breeching and lead the horse into the stable. I don’t think those buckles had ever been undone before. My hands were scratched and bleeding with the effort. When it was done Miss Hamlyn remarked laughingly that she had never seen the job done so thoroughly.’