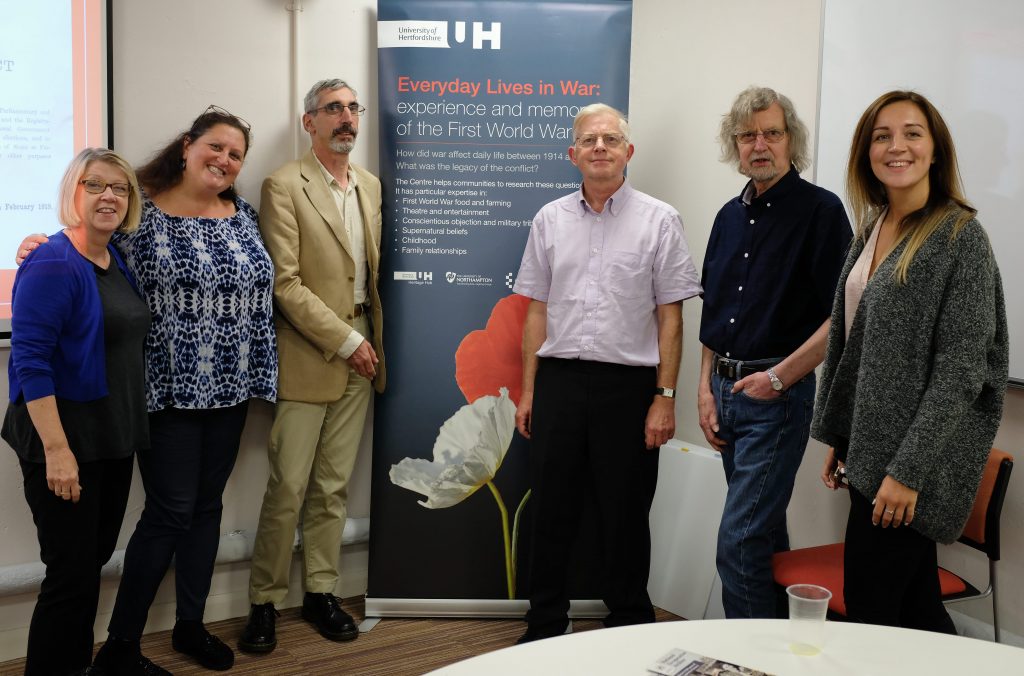 The passing of the Representation of the People Act in February 1918 was a defining moment in British history. By extending the franchise to all men over 21 and women over 30 who met the qualifying criteria the Act transformed the electoral system in Britain, tripling the electorate to nearly twenty four million. To mark the centenary year of this landmark reform a one day conference, ‘Reappraising the Representation of the People Act, 1918’, was held at the University of Central Lancashire. Organised by Dr David Stewart, Dr Nick Mansfield and Dr Jack Southern, the conference drew on themes of gender, class, nationhood and local identity in its examination and reappraisal of the Act.

Professor Karen Hunt from Keele University opened the first panel with an engaging paper on Class and Adult Suffrage during the Great War. The paper detailed how the war, and the rhetoric of freedom and inclusiveness which came with it, galvanised the fight for adult suffrage and encouraged many to move from campaigning for limited women’s suffrage to full adult suffrage. The paper concluded with a call for greater recognition of the important role played by adult suffragist organisations in the campaign for the extension of the franchise in order to counterbalance the heavy emphasis on women’s suffrage movements in the histories of this period. Dr David Swift followed with a paper that touched on similar themes, exploring the interaction between gender and class through the lens of working-class women of the Left and the vote. Focusing on left-wing working-class women who campaigned for the extension of the franchise, the paper highlighted the extent and nature of their support for the war, and the continued importance of nationalism and national identity to this group after the war ended, something Swift argued has been overlooked. The final paper of the panel, delivered by Dr Jack Southern, analysed the political agency displayed by women following their entry to the electorate through a local case study of the Burnley constituency at the 1918 general election. The fascinating paper highlighted the prominent role women in Burnley played in changing the campaigning techniques of local candidates through the organisation of women only meetings, and in ultimately swinging the vote in favour of the Labour candidate and women’s suffrage campaigner, Dan Irving. Having refuted the notion women were politically unimportant in Burnley during the inter-war years, Southern suggested more local constituency focused research was needed on the immediate political impact of the Representation of the People Act in Lancashire.

The archives session that followed the first panel featured speakers from the People’s History Museum (PHM), the National Co-operative Archive and the Lancashire Archives. Helen Antrobus discussed the Represent! Voices 100 years on exhibition at the PHM, which forms part of the Museum’s year long programme exploring the past, present and future of political representation. Helen explained that the aim of the exhibition was both to tell the story of the Representation of the People Act through documenting the process of the campaign, whilst also looking at representation in a contemporary context by exploring what it means to people today. Gillian Lonergan from the National Co-operative Archive and David Tilsley from the Lancashire Archives also highlighted the wide range of relevant resources available for suffrage researchers. Gillian explained that many working-class women learned about political citizenship through participation in the local democratic structures of the member-controlled consumer Co-operative movement long before the Representation of the People Act was passed. Her paper highlighted the records of the Women’s Co-operative Guild, an organisation which promoted equality and campaigned for women’s suffrage both before and during the war, as of particular relevance to the conference theme. Equally, the Lancashire Archives is home to the papers of prominent women’s suffrage campaigner Selina Cooper. Items from the collection, including Cooper’s personal diary for 1908-1909, were made available by David for conference delegates to look at.

The final panel of the day got underway with an engaging paper by Dr Julie Gottlieb, looking at the commemoration of women’s suffrage through anniversary celebrations. The paper considered how the enfranchisement of women has been celebrated through the decades focusing on three key years, the 21st anniversary of the Act in 1939, the 50th in 1968 and the centenary this year. The paper reflected on the function of anniversaries to generate discussion, inspire, motivate and mobilise new movements. The conference came to a close with an interesting final paper, Creating Citizens: The Communities Which Built Democracy, delivered by Dr Dan Weinbren which again considered the role of local identity by analysing the influence of local patriotism on the extension of the franchise in 1918. Weinbren contested that the Representation of the People Act’s emphasis on the UK Parliament as the centre of British democracy ran contrary to the parochial solidarity emergent in many communities by the end of the First World War. He argued that far from being fuelled by revolutionary fervour as the Coalition government feared, the disturbances and strikes of 1918/19 were actually characterised by this defensive form of local patriotism.

Through the immensely varied papers and presentations on the day, some common themes emerged from the conference. Firstly, the centrality of the war to the campaign for the extension of the franchise and the eventual passage of the Representation of the People Act in 1918 was something which came through strongly in many of the papers. Equally, notions of gender, class and local identity were explored to illustrate the complex nature of the suffrage campaign. Ultimately, the conference served as a timely reminder in this centenary year that although the Act was a defining moment in the campaign for the right to vote, it did not achieve universal adult suffrage. It was not until a decade later when the 1928 Equal Franchise Act was passed that women were given equal voting rights with men.