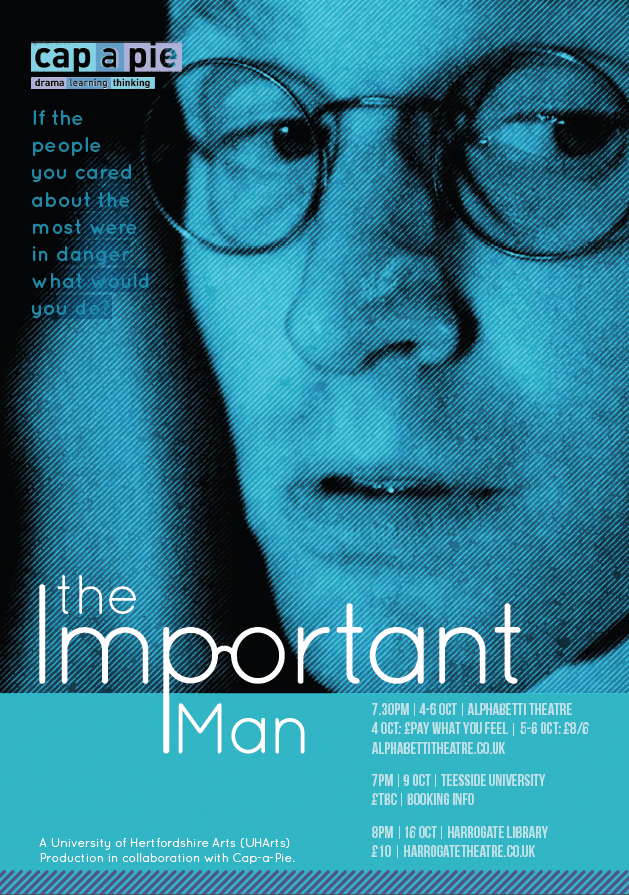 “If the people you cared about the most were in danger what would you do?”

‘The Important Man’ is about belief being tested, set at a time when the advances in scientific discoveries, like electricity, seemed as otherworldly as the supernatural.

The story is set in the First World War, but will give you an insight into part of the war you probably haven’t heard of. There was a massive increase in people going to see fortune tellers – everyone from servants to generals wanted to know what was going to happen. The story will make you think – if the people you cared about the most were in danger what would you do?

What is under your control and what isn’t? What do you grab hold of when faith is slipping away?

This play follows a fortune teller and his clients. Although the brutal battles of the trenches are ever present this is a story that focuses on the people who aren’t at war, who are left behind, who are preparing to go or have returned.

This is a story that’s full of plot twists.

Every time you think you know where the story is going there’s a false bottom, or a hidden door.

It’s a story based on real people at a time when magic had a real function in people’s lives.