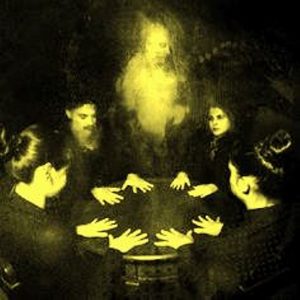 The Lost Voices project, a collaboration between the Portsmouth Temple of Spiritualism and historians from the University of Portsmouth, was launched in March 2017. It explores the idea of afterlives in the First World War, both in terms of the spirit world and the living who had to suffer the emotional aftermath of the conflict. While historians have noted a revival of interest in Spiritualism during the war, this project seeks to move beyond the view that it was just a knee jerk response to widespread grief and loss suffered on the home front. Working closely with the Portsmouth Temple, it aims to recover the marginalised voices of the Spiritualist community in the history of the First World War.

The Temple, the largest Spiritualist church in Portsmouth, was established in 1905 and has a small but unexplored archive. Having built very good working relationships with the Temple’s executive committee, we have conducted a series of research workshops, alternating between the Temple and the University of Portsmouth Library. These have involved members of the local Spiritualist community, University of Portsmouth students, and members of the general public. 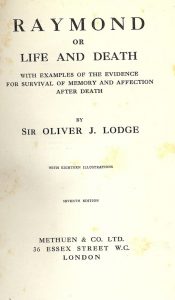 The first workshop was held at the Temple. Drawing upon minute books we were able to glean useful information about the experiences and fluctuating membership of the Temple during the war. While obtaining a sense of the Temple’s wartime fortunes, it has been harder to locate information relating to local séances and other spiritualist activities beyond the Temple, especially where they involved people who may not have even considered themselves Spiritualists. Light, a weekly London-based Spiritualist magazine has proven especially useful for gaining an understanding of how Spiritualists presented themselves during the war and how they viewed the conflict. Although alluding to the grief suffered by thousands on the home front, this publication championed the idea of the war as part of a more profound struggle, one involving a revival of spiritual beliefs in response to the perceived rise of atheistic and materialistic trends in the early twentieth century. At the same time, spokespeople for Spiritualism were not afraid to make claims for and appeals to the brotherhood of man, a controversial position in the context of a nationalistic and imperialistic conflict.

At a second event at the Temple, Richard Hayes, the Temple’s chairman, gave a talk on the early history of the organization. This was intended to set the tone for an informal, oral history exercise as audience members were encouraged to share family memories or stories of Spiritualism during the war. Interestingly, the roots of most peoples’ involvement with Spiritualism did not extend back over sufficient generations to reach the early years of the twentieth century. More successful was the invitation to bring wartime memorabilia to the event. One attendee brought a collection of beautifully embroidered postcards sent home from the front by British soldiers. Although not linked directly to Spiritualism, they provided a clear sense of the emotional bonds that held people together over long distance. 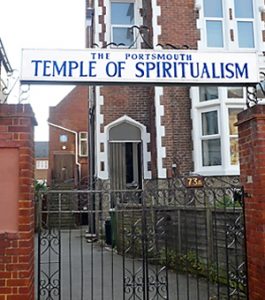 In April we held our first one-day workshop at the University Library. Starting with some introductory training to online archives, we drew upon a range of digitized newspapers and other publications to explore how others viewed Spiritualism in this period. Although rather muted during the war itself, journalists and clergymen became increasingly outspoken against Spiritualism in its immediate aftermath. Despite a highly productive day of research, there was the sense that we had barely scratched the surface of the available material. In late May we held a second Library-based workshop. This session was better attended than the first and by the end of the day we had converted three Temple members into avid online historical researchers. This fitted well with the project’s aim of providing volunteers with the opportunity to develop their skills, knowledge and confidence as researchers. They have subsequently requested that we schedule an additional library research session later in the summer. The Temple is evidently proud of their involvement in this collaborative project and asked us to produce a promotional poster for their annual open day event in late June.

As the project progresses it seeks to make an important contribution to our understanding of the tensions that existed beneath the surface of everyday lives. It will allow us to probe a home front history that has often been concealed behind the wartime idea of maintaining a ‘stiff upper lip’. It will also allow us to examine how spiritual and supernatural ideas were woven into a war that is often presented as the epitome of a secularized, mechanistic age.