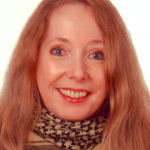 This event demonstrated unequivocally that the range and scope of First World War culture currently being studied, here and abroad, is impressive. The conference brought together scholars from a wide range of disciplines to examine and discuss both contemporary and subsequent accounts, interpretations and uses of the First World War in terms of mass and popular media and entertainments. There were 20 papers, with Everyday Lives in War centre CI Prof. Jane Chapman giving the opening paper on soldier cartoons. This plenary was followed by thematic sessions on journalism, magazines, pacifism, posters, radio and leisure. The latter included not only football and music hall, but also eponymous knitting sheet music, researched and rendered live by Melanie Gall, whose beautiful singing was accompanied by a contextual talk.

From the variety of topics, two main themes emerged: the first was the scale of popular mass entertainments (e.g. singers, music, magazines, sport) that emerged as the war progressed.   The second was the ways in which the war furnished the reference for subsequent popular mass consumed productions (e.g. The Big Parade, 1925, War Horse, 2011).

The event was not about the trivial and did not seek to trivialise: it sought to examine the relationship between popular and mass entertainments during the war and the use of the war for subsequent mass audience productions, including the role, form and development of entertainments created during and related to World War in subsequent years. For contemporaries the music hall, singers, performers, cartoons, print publications, and cinema all had a place and role.  By 1915 many of these may have relayed the experience of war but not all supported the war.

The complexity and dynamics of historical and contemporary methodological issues relating to mass popular entertainments during the war and since 1918 are challenging. Hopefully, these will be examined in an anthology of selected papers from the conference titled,

World War I:  Media, Entertainments & Popular Culture, and by dedicated editions of Media, War & Conflict (Sage Publications), and another journal.

The conference was a collaboration between 4 universities: Chester, Salford, UCLAN and Manchester Metropolitan.