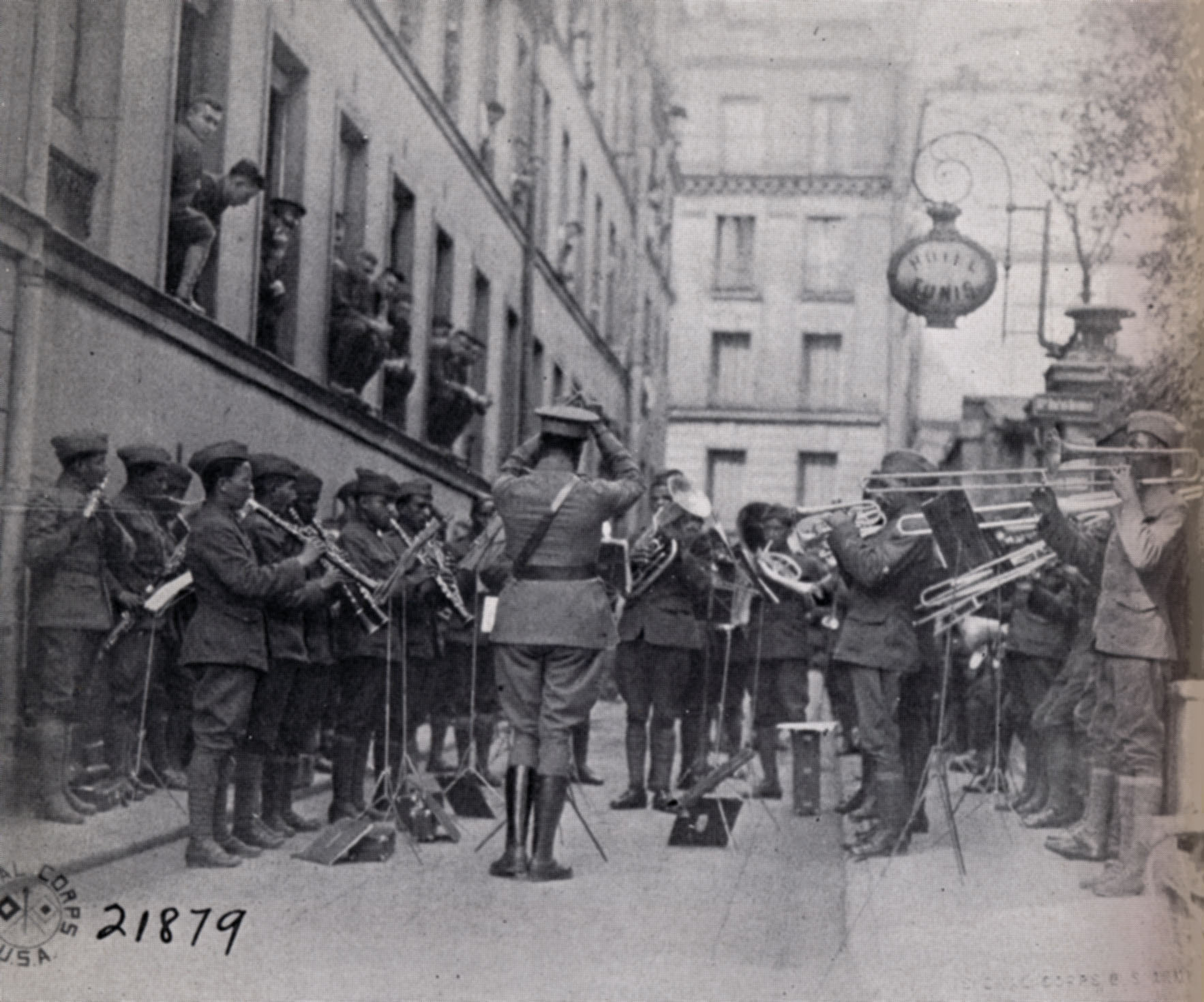 “We are pleased to announce Dr Minkah Makalani from the University of Texas as the keynote speaker for the day-symposium ‘Revisiting the Black Parisian Moment: transnational military, musical, and intellectual histories: 1918-1919’.  Additionally, the jazz composer, pianist and visual artist Jason Moran will be speaking about composing his latest piece on James Reese Europe and the Harlem Hellfighters.

This symposium will explore the connections between black intellectual thought, military presence, and jazz cultures at the critical juncture of Paris in the immediate post-war period.  Additionally, it will consider the present-day uses of these black histories, particularly in cultural activism.  As Tyler Stovall has argued, “comparable dynamics drove both black politics and black culture in postwar Paris.  Both Parisian jazz and the Pan-African Congress of 1919 combined complicity and resistance…”[1].  This symposium will seek to draw out these complicities and resistances.

In 1919 the ‘1st’ Pan-African Congress took place in Paris.  The Congress is widely discussed in the literature on the subject as a false-start to later more radical anti-colonial movements.   More recently, it has been repositioned within a broader spectrum of early 20th Century black anti-colonial thought that is important in its own right.  The Congress took place in a Paris already awakening to black cultures.  Just a year previously, the military band of the African American 369th Infantry Regiment led by James Reese Europe, aka the Harlem Hellfighters, toured French music halls and fought alongside French and African troops.  The 369th were welcomed back to the US with a parade from Fifth Avenue to Harlem watched by 250,000 people.  It was an instance of the renewed determination of African Americans in the fight for equality spurred by the war – as W.E.B. DuBois proclaimed in an editorial that ran in the May 1919 issue of Crisis: “We return from fighting.  We return fighting.  Make way for Democracy!”  The symposium will take an interdisciplinary approach to reconsider the overlaps taking place in wartime Europe, through the crystalising lens of Paris in the immediate post-war period.”

Registration is priced at £20 / £18 / £16.  This includes refreshments and lunch, and entry to the evening event with Jason Moran.

Alternatively, you can purchase separate tickets for the evening only here (£15/£12/£10):