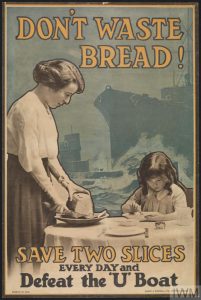 Harwich Haven – Surrender & Sanctuary is a two-year project of volunteer research and heritage interpretation around the Harwich Haven ports of North East Essex and East Suffolk (notably Harwich and Felixstowe).

The project is funded by the Heritage Lottery Fund and supported by the Everyday Lives in War First World War Engagement Centre. It explores a defining passage of world history through two internationally significant anniversaries: the centenary of the surrender of the German U Boat fleet in November 1918 and the arrival of the first Jewish refugee children known as the Kindertransport in December 1938.

In November 1918 over one hundred German U Boats came into the Haven at Harwich. During the war these enemy boats had an enormous impact on the everyday lives of epitope in the UK. The impact was felt not just in the thousands of lives lost of sailors and civilians, but on the kitchen table too. Food shortages resulted from the exploits of these ‘unterseeboots’; leading to the first ever rationing of food on a national scale and the creation of the Women’s Land army.

Our project will be working with volunteers to research this forgotten history, culminating in a series of commemorative events in November 2018 and into 2019. To find out more and to join us as a volunteer please drop us a line at info@nhscic.org