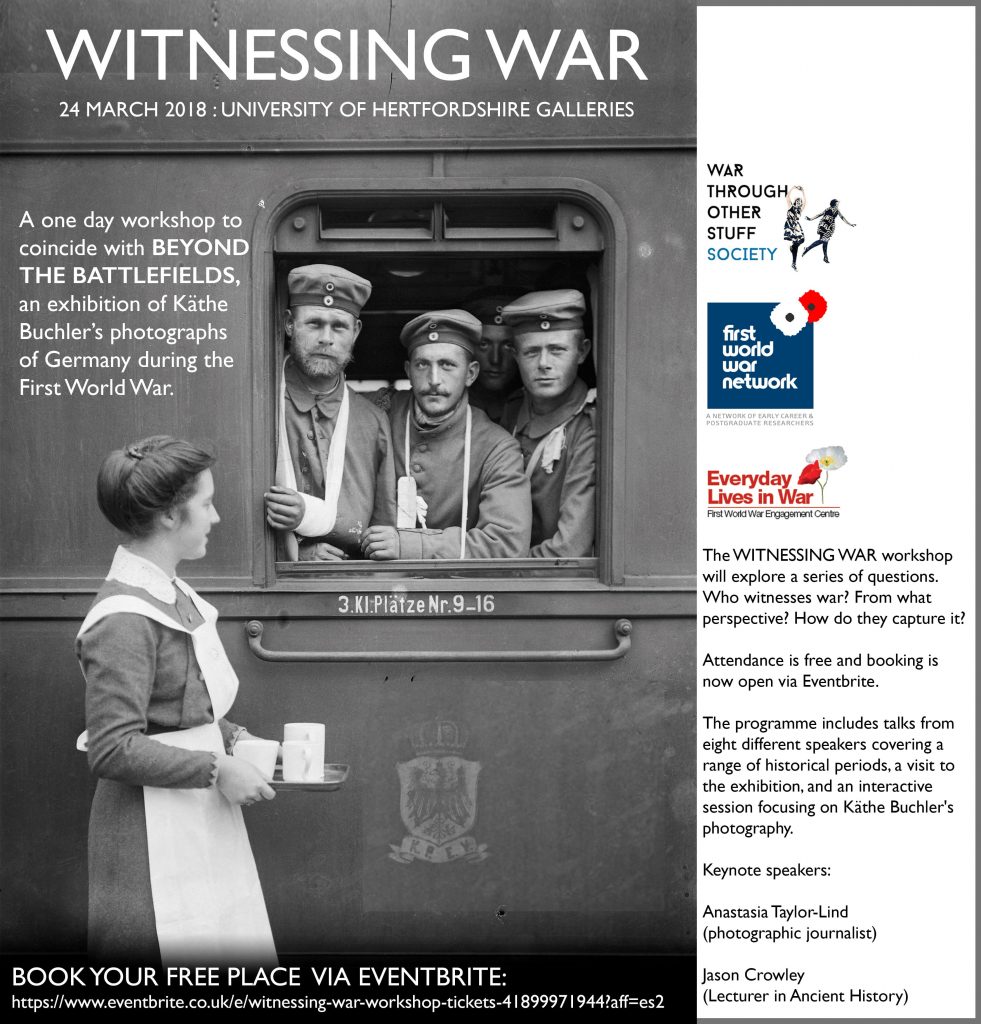 In her photographs, Käthe Buchler captured not only German citizens during the First World War, but also illustrated the widespread impact of conflict. The photographs are of interest not only for their artistic merit but also for what they tell us about war and they way it changed lives on the German Home Front.

‘Witnessing War’ is a one-day workshop that will seek to answer a series of questions. Who witnesses war? From what perspective? How do they capture it? War is not only witnessed by those who choose to participate, but has lasting and significant impact on lives of many. This workshop focuses on first-hand experiences of conflict, with no restraints as to time period or geographic location. From medieval annals written by monks, to children’s diaries, documentary film, and the use of social media in modern conflict, there are many different ways to witness war.

The workshop is a collaboration between the War Through Other Stuff Society, First World War Network, and Everyday Lives of War. It will take place at the University of Hertfordshire Galleries on 24 March. This free event is open to all.