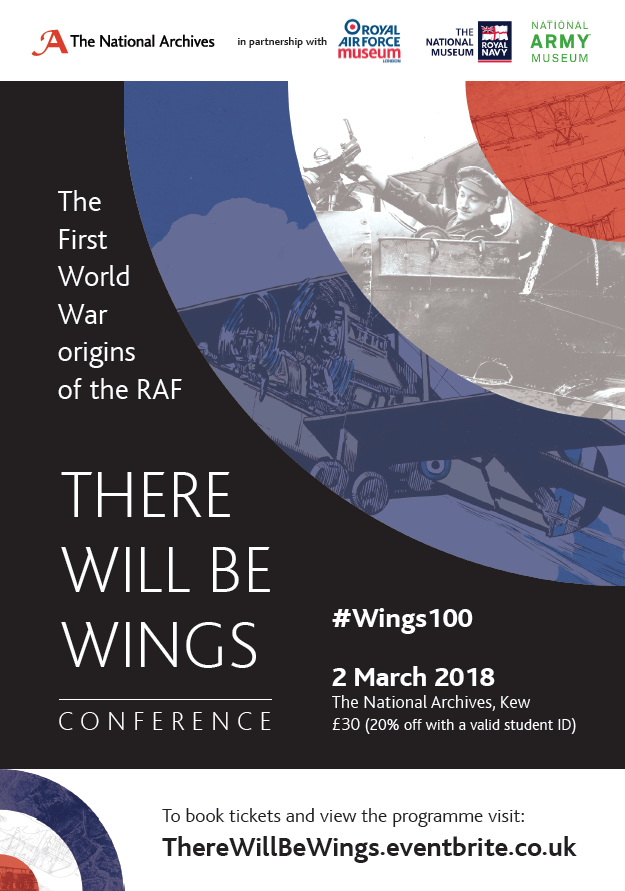 This collaborative conference brings together researchers from universities, museums, and archives to explore why the RAF came into existence and examine the challenges and opportunities of bringing together two existing branches of the armed forces to create something entirely new. Papers being presented at the conference showcase new approaches and thought-provoking research around the formation of the RAF, including music and morale in the Royal Air Force and the Royal Flying Corps. The keynote will be delivered by Professor Richard Overy of the University of Exeter.

The conference is taking place on Friday 2 March 2018 at The National Archives. Tickets are available on general sale for £30, or £24 for students with a valid NUS card. View the programme and book your place at:
https://www.eventbrite.co.uk/e/there-will-be-wings-the-first-world-war-origins-of-the-raf-tickets-39324353199