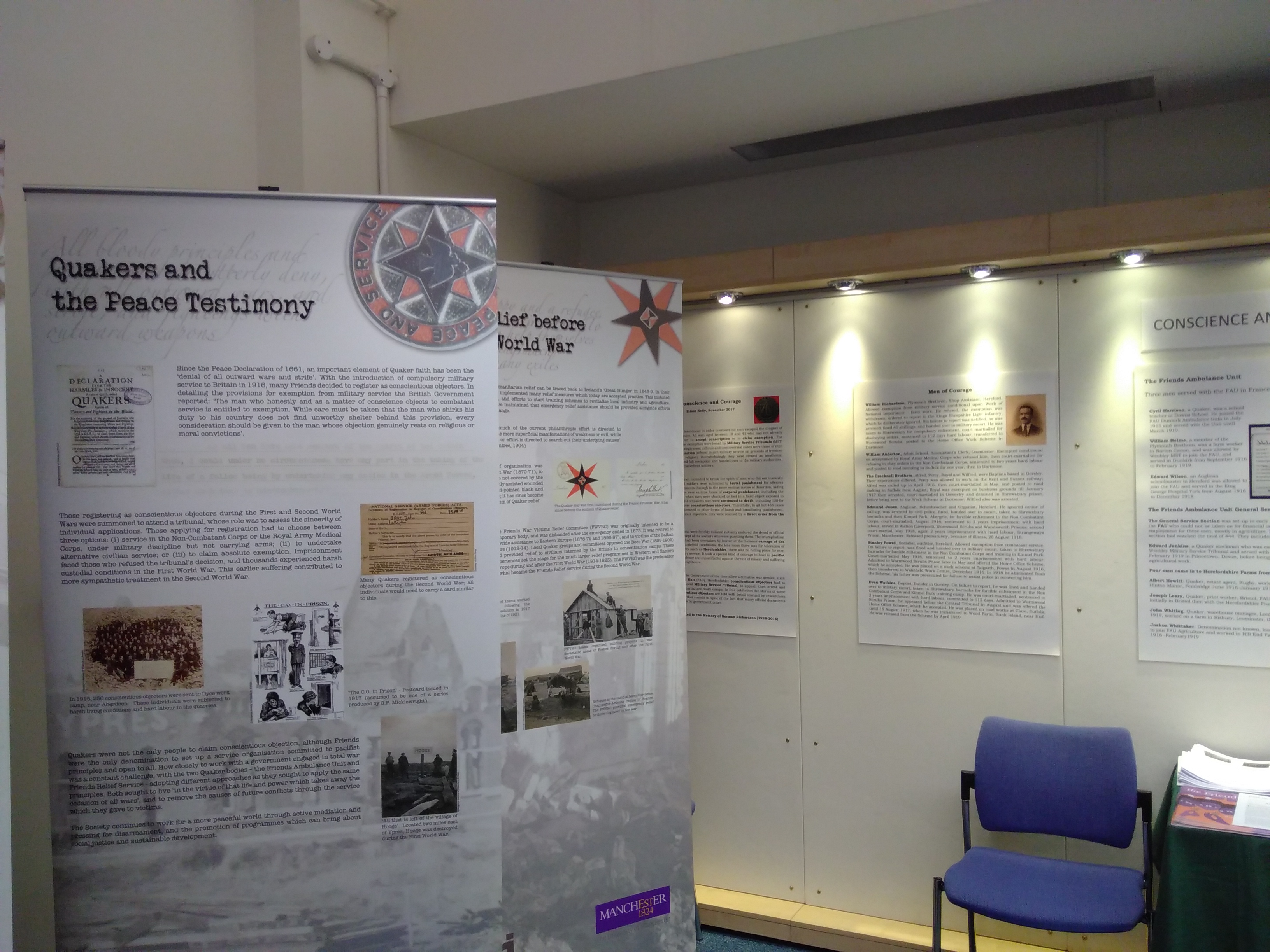 In November 2017, Elinor Kelly’s research on Herefordshire conscientious objectors featured in a two-week exhibition in Ross-on-Wye public library. Julie Moore joined her there for a conversation to compare notes on two counties, and on the challenges of research. One of Elinor’s major findings was the Military Detention Barracks in Hereford, which had been lost from popular memory but was recorded in the diary of Capt Robert Hamilton, the Commandant.

To view the full booklet from the event, click here.