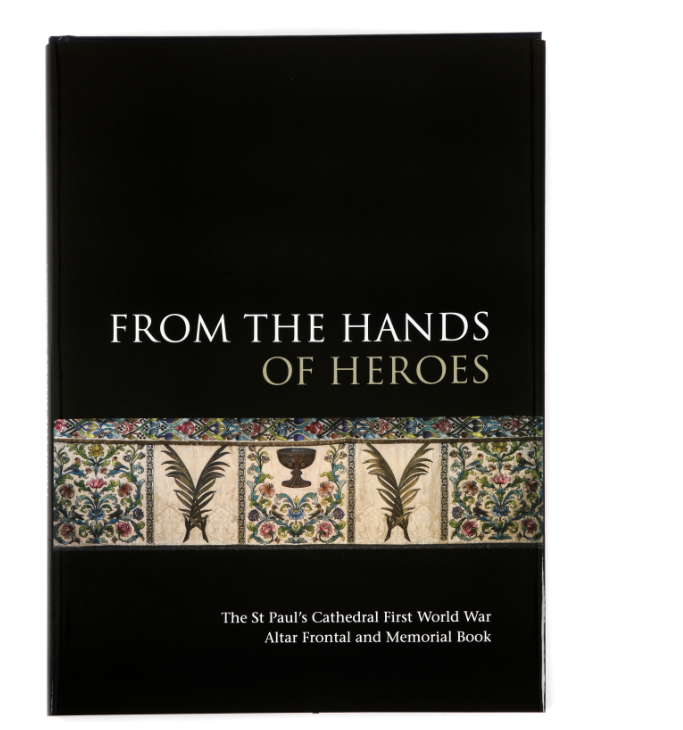 Currently on display at St Paul’s Cathedral is a beautifully embroidered altar frontal that was created in the last months of the First World War by severely disabled servicemen as part of their rehabilitation. It was used for the first time on the High Altar at St Paul’s, in the presence of the King and Queen, during a weekend of national thanksgiving in July 1919. Now painstakingly restored, it is on view to the public for the duration of the First World War centenary.

The story of how the St Paul’s altar frontal came to be made touches on many different aspects of First World War history, such as the development of occupational therapy, the role and operation of military hospitals and how handicrafts were central to fund-raising. At its heart, however, is an inspiring story of how a group of wounded soldiers found solace and renewal with the aid of needle and thread.
In this illustrated talk based on a newly published study of the embroidery, Letchworth Settlement lecturer Stephen Barnard explains how and why the frontal was commissioned and its context in early 20th century arts and crafts. He also relates some of the individual histories behind the frontal, including that of a Hertfordshire soldier treated at Chailey Hospital in Sussex, where an innovative handicrafts-based therapy called ‘educative convalescence’ was pioneered.

Stephen Barnard is the author of ‘From the Hands of Heroes: The St Paul’s Cathedral First World War Altar Frontal and Memorial Book’, published November 2016.