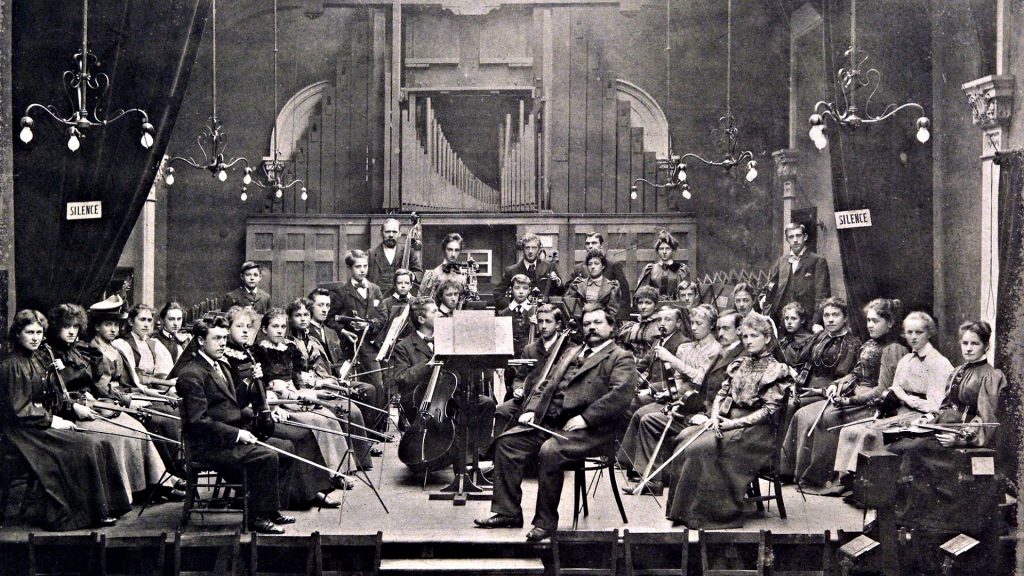 Making Music in Manchester during WW1

Making Music in Manchester during World War I is a collaboration between the Royal Northern College of Music (RNCM) and community partners, the Henry Watson Music Library at Central Library; it also involves the active participation of the Hallé Concerts Society. The project brings together the archival sources of the RNCM, Henry Watson Music Library and the Hallé Concerts Society in order to co-create and reanimate musical life in Manchester and the region during WWI through interactive performances, workshops, exhibitions, project website and blog. Researchers based at the RNCM will work with partners and volunteers to research these under-explored collections, consisting of concert programmes, records, committee minutes, private letters and newspaper articles. They will study the music performed by these groups in the city and region, making comparisons with musical life in London and Paris; they will cast light on the students who remained at the Royal Manchester College of Music (RMCM), and professionals and amateurs who performed throughout the Manchester area, observing gender balance, age and availability of particular instruments. Since wind, brass, and lower string players were invariably men, the project will study the impact of the war and service on concert programming. It considers the legacy of war on the RMCM, Hallé and other groups. Bandsmen returning from active service were given scholarships to study for free at the college; the research considers the social and musical impact the new presence of brass players had on the college and musical life of the region.

‘Making Music in Manchester during World War I’ Home Page