Researchers and their community group partner, Long Sutton and District Civic Society, discovered a unique set of 32 full colour cartoons painted by a German Prisoner of War, depicting life at a forgotten POW camp in South Lincolnshire, that has since disappeared from existence, and even from map records. The project has reconstructed a full picture of life at the camp, by adding additional material such as letters, press articles and government camp records to these visual archives. The project, described in more detail below, has stimulated interest in other parts of the country, as local people find photos and embark upon further journeys of discovery about this neglected theme – the hidden lives of the ‘other’ Germans who were interned and/or detained as POWs during the First World War.

The small collaboration research grant on POWs in south Lincolnshire recently exhibited their findings at an event hosted by the local golf course. The exhibition was organised by leading members of the CBPR community partner group, the Long Sutton and District Civic Society and was successfully attended by over 150 members of the public. Three members of the academic research team travelled from Lincoln to the Norfolk border in south Lincolnshire for the event. The findings and primary source materials were displayed as a series of posters and a full colour pamphlet was distributed.

Public comments and feedback on the event were overwhelmingly positive, with many taking the opportunity to engage in discussion about the research process with members of the team and the Civic Society, sharing stories of their own family history and knowledge about local home front life during the First World War.

Additionally, the event included a guided tour of the golf course grounds that encompass some of the key structures related to both First and Second World War heritage connected with the local area. This includes the warehouse of the former docks in which, the team believes, the POWs were billeted. The exhibition was considered so successful that the Civic Society voiced the intention to repeat the poster exhibition at a subsequent public engagement event at the local Parish Council. 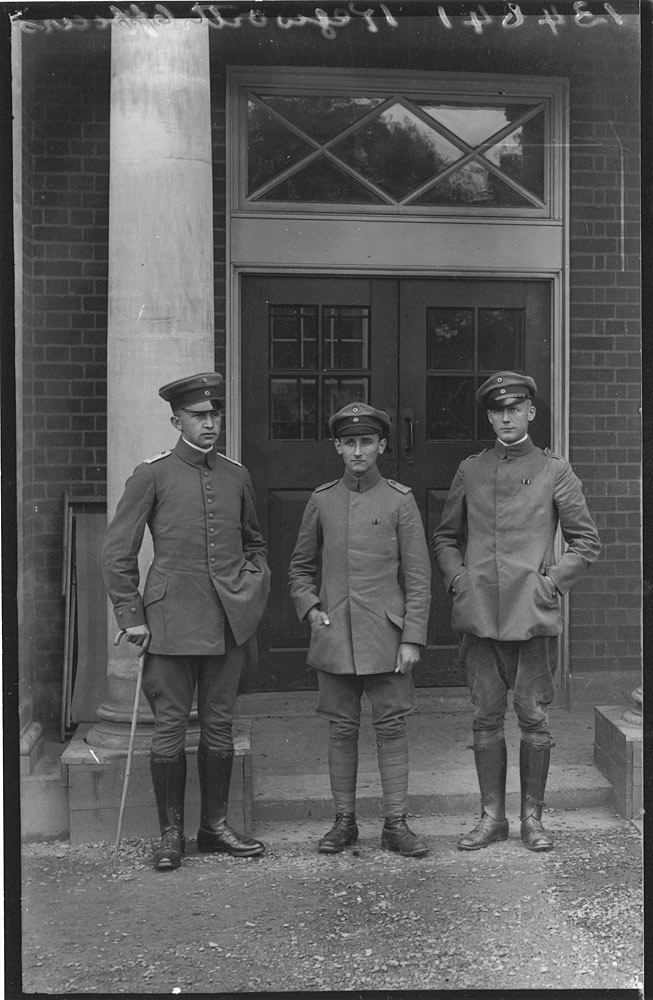