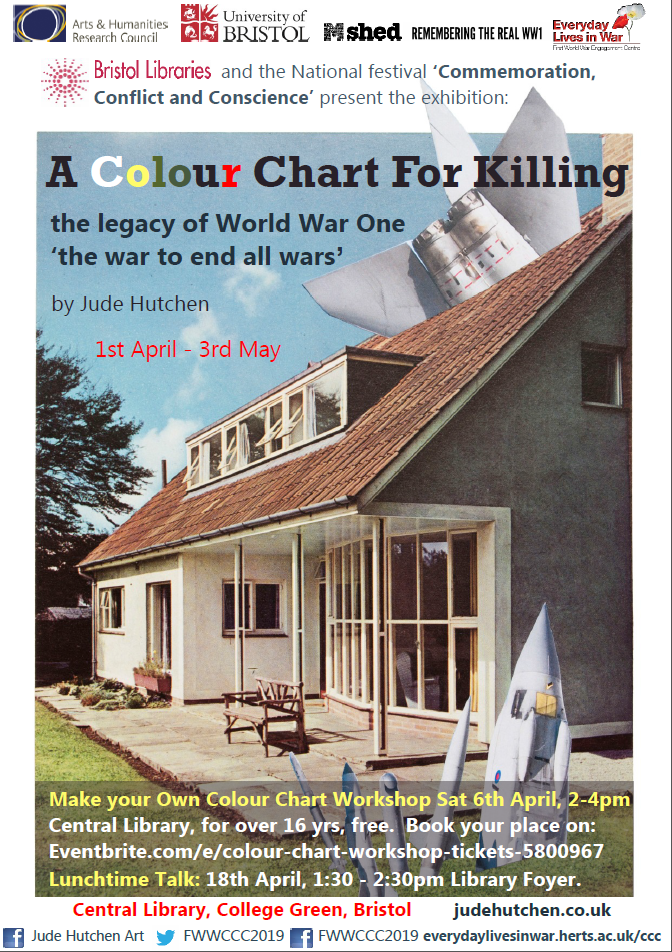 During the centenary commemorations the fallacy of the First World War as ‘The War To End All Wars’ provides an invaluable platform for its legacy to Britain as a military nation to be explored.

The exhibition aims to provoke reflection on the little acknowledged fact that the UK has engaged in almost continuous warfare ever since.

A Colour Chart for Killing is a series which explores the relationship between ‘first world’ domestic culture, epitomised by the aspirations of DIY home improvement, and the darker shadows of the United Kingdom’s counter terrorism measures, military economy and overseas wars.