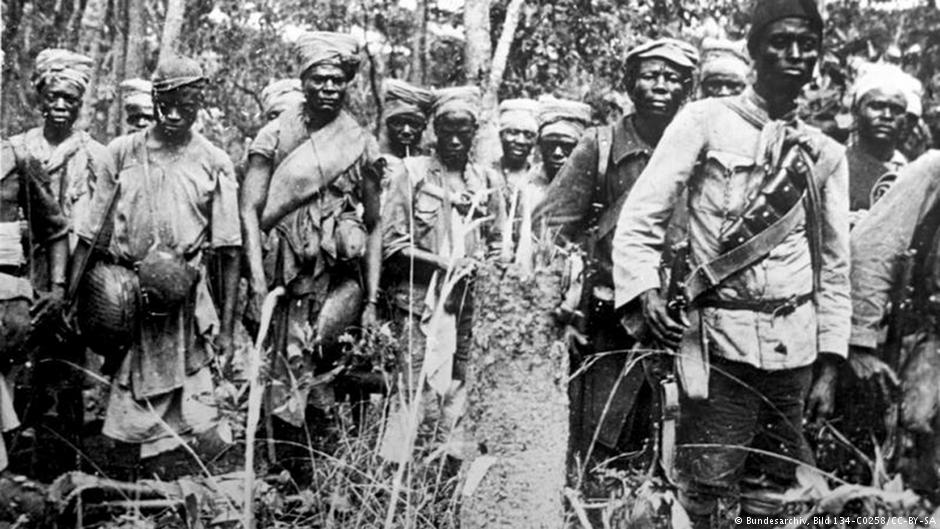 There are many unknown stories of how there were War and Home Fronts beyond Europe.  In this article, our guest author Marika Sherwood brings our attention to the information ‘black hole’ on World War I in Africa.

There has been much commemoration on our television screens, on our web-sites and in our newspapers on World War I.  But where was the war fought? That World War One was also fought in Africa is usually relegated to a sentence or a brief paragraph in most books on the War. The BBC’s website, www.bbc.co.uk/history/0/ww1, for example, states that it was fought ’from the trenches and the Somme on the Western Front, to the collapse of Russia and the Ottoman Empire on the Eastern Front’. There are 19 films/videos, innumerable articles and speeches on http://www.history.com/topics/world-war-i , but no mention of Africa. On the Wikipedia website which many people would look at, there are c.19,000 words dealing with the war itself of which 90 are on Africa. (But, to be fair, there is a reference to a useful website.) In The Guardian newspaper’s archive on WWI (available on the web), there is nothing on Africa.

Any reports published in the newspapers during the war in Africa are either a sentence in a general report on the war, or occasionally very very brief reports issued by the War Office.  South Africa merits a few more sentences. Thus information was very tightly controlled. The Times published one article by ‘Our East African Correspondent‘ on 22 January 1918:  ‘A Land of Promise: the possibilities of East Africa’, which deals with the problems being faced by the settlers, their participation in the war and the many hopes for increased products from East Africa once the Germans are expelled. There are no other articles by him/her and the paper does not appear to have had a ‘West African Correspondent’. Or were The Times and other newspapers not permitted to publish any horror stories of the war  from Africa?

Why is this? Are only the Europeans fighting in the trenches in Europe important? Even the one hundred thousand Chinese labourers digging those trenches are usually ignored.[1] Was information on the many aspects of the war ever kept by the colonial masters? If it was, it was certainly not made available to the public, either in Britain or in the colonies.

Trying to discover how many men (and women?) were involved in the battles in Africa, how many died, and were wounded[2], and the numbers of civilians who died, reveals the disinterest of the colonial masters. The carnage was so horrific that ‘Whitehall deemed it to be a “bloody tale” that was best ignored, or even suppressed’.[3] The Chief of the Colonial Division of the American delegation argued at the 1919 Peace Conference that:  ‘the number of native victims…may be too long to give to the world and Africa’. [4] In view of this, I guess that the highest numbers are the closest to the truth.

This article is an introduction to Africa, to the War and to the lack of and conflicting information available.

[1] The numbers of Chinese on the Western Front varies from author to author: eg http://www.1914-1918.net/labour.htm states 126,000; http://militaryhistorynow.com/2013/12/04/the-forgotten-trench-diggers-of-the-western-front-meet-ww1s-chinese-labour-corps/ states 140,000; http://www.remembrancetrails-northernfrance.com/history/nations-in-war/chinese-labourers-in-northern-france-during-the-great-war.html states 80,000 and  is the only site with a number for deaths: 7,900. Etc, etc.

[2] Of course, there is no accounting of how many of the wounded survived/died.