Living Legacies of the First World War: The North East and Beyond

Living Legacies of the First World War: The North East and Beyond 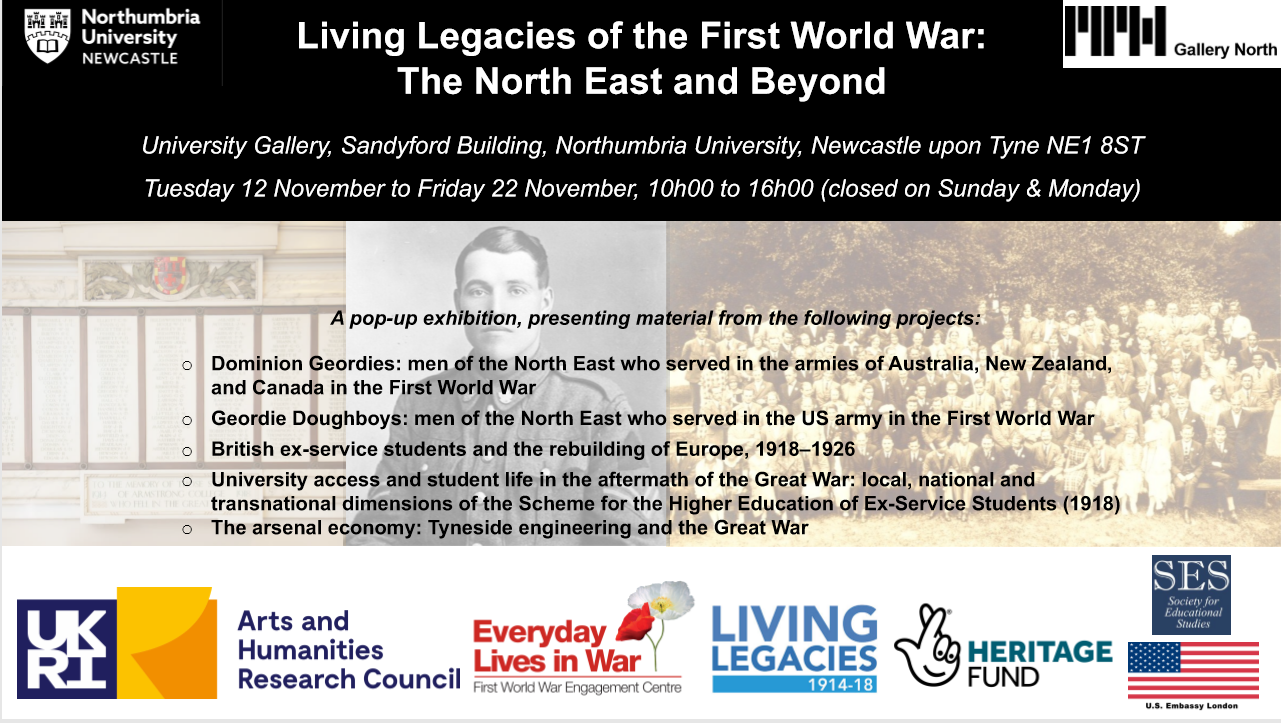 This exhibition presents the outcome of several projects that have investigated hitherto unexplored dimensions and legacies of the First World War, with a particular focus on links between the North East of England and wider national or international elements. There are two strands to the exhibition. One element concerns military connections between the North East and overseas armies, with people from the region serving in the forces of New Zealand, Australia, Canada and the United States. The second strand focuses on matters closer to home: the war’s transformative impact of the war on higher education, as revealed in the experiences of university students in Durham and Newcastle, the reconstruction of university life after the war as well as students’ efforts to build international links in the wake of military conflict.

The exhibits that are featured here are based on partnerships between Northumbria University academics and external partners, including the Northumbria World War One Project, the National Union of Students and the Workers’ Educational Association. The work that has resulted in the displays has benefited from the funding support of several organisations, including two different World War One Engagement Centres of the Arts and Humanities Research Council (AHRC), the US Embassy in London, and the Society for Educational Studies (SES).